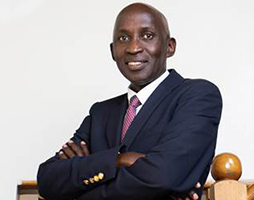 Prof. Olubayi Olubayi is the Chief Academic Officer at Maarifa Education Holding and the Chairman, University Council of Cavendish University Uganda. Prior to joining Maarifa Education Holding, he was the Vice Chancellor/President of the International University of East Africa (IUEA) in Uganda. He is a scientist and an expert on bacteria, education, learning, leadership and social-entrepreneurship. As a scientist and eclectic scholar, Prof. Olubayi earned his Ph.D. on bacteria-and- plant cell interactions at Rutgers University, holds a research patent on the flocculation of bacteria and has published several scholarly articles in microbiology, biotechnology and social science.

As an educator he taught at Middlesex College and at Rutgers University for 16 years, and has taught critical thinking in the IUEA MBA program. He has been an advisor and consultant to government officials in Kenya and South Africa, and UNDP on matters of literacy, education, biotechnology, sustainable development and global citizenship. He is an external advisor to PhD students in the Oxford University-Kemri/Wellcome Trust Research Program in Kilifi, Kenya.

As a social entrepreneur, Prof. Olubayi co-founded the non-profit Kiwimbi International and the widely respected American Non-profit Global Literacy Project which sets up libraries worldwide and provides global service learning opportunities. As a thinker, he is the author of the book “Education for a Better World. 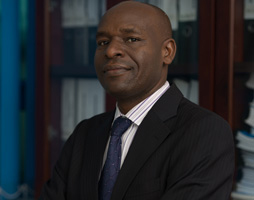 Prof. Mugisha is a member of the National Council for Higher Education, where he represents Private Universities in Uganda, a recipient of fellowship award of the Africa Institute of Public Health Professionals, a member of the Uganda National Immunisation Technical Advisory Group (UNITAG), and the current Vice Chairman of Uganda Vice Chancellors' Forum.

An author of several scholarly articles in various peer-reviewed journals, Prof. Mugisha holds a PhD in Health Planning and Management from Keele University (UK), an MSc. Health Services Management from Uganda Martyrs University and a Bachelor of Arts in Social Sciences from Makerere University. 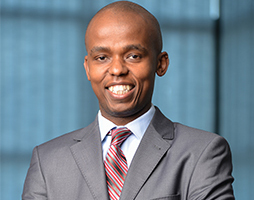 Mr. Peter Kagunye has more than 17 years of experience serving as Chief Financial Officer and Investment Manager in the private equity industry in the U.S as well as extensive accounting and auditing experience as a licensed CPA. As CFO for a Boston-based private equity firm specialising in providing acquisition and growth capital to lower middle market companies, he successfully led the firm’s accounting, finance and human resource operations. In his previous role as a Finance Manager at Bain Capital, Peter developed expertise in developing finance and accounting reporting systems and managing financial audits. He was previously a senior auditor at PricewaterhouseCoopers. Additionally, Peter brings his start-up and entrepreneurial experience as founder of a beverage company and a youth leadership organization to the Maarifa team. Peter is a CPA and holds a BS in Accounting and Finance from University of Massachusetts Boston and an MBA from Babson College. 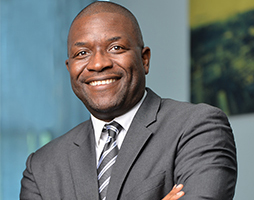 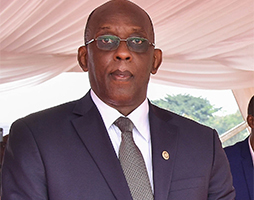 Dr Ham-Mukasa Mulira was appointed by the President of Uganda as the pioneer Minister of Information and Communication Technology (ICT) in the Government of the Republic of Uganda in June, 2006 due to his technical background and experience.

On completion of his assignment in February, 2009, Dr. Mulira was appointed as the Senior Presidential Advisor on ICT. Prior to his appointment as Minister of ICT, Dr. Mulira was the Executive Director of Uganda Computer Services (UCS), now National IT Authority – Uganda (NITA-U), General Manager, Management Information Services (MIS), Uganda Commercial Bank Limited (now Stanbic Bank (U)). He served as a Teaching and Research Assistant at the London School of Economics (LSE) and as a Software Engineer, City Systems (UK) Ltd, London, UK. He was also lecturer at the Institute of Statistics and Applied Economics together with the Institute of Computer Science, Makerere University, Kampala, Uganda.

Dr. Ham Mulira has undertaken numerous consultancies in the field of IT for the World Bank, UNDP, UNESCO, UNICEF and Government. He has followed and been part of the ICT evolution in Uganda and the region, and now runs an IT consultancy firm called eConsult (U) Ltd. He was awarded as a finalist for two consecutive years; 2007 and 2008 as one of the Top Three Ministers in Africa with an ICT Portfolio, ForgeAhead Africa/Department of Communications, Government of the Republic of South Africa.