Prof John. F. Mugisha, the Vice Chancellor of Cavendish University Uganda (CUU) on Thursday, 30th of July, 2020 paid his last respects to H. E. Benjamin Mkapa, who was the University's Chancellor (2014-2020) and former President of the United Republic of Tanzania (1995-2005).

Having learnt about his demise last week, Prof Mugisha crafted a touching tribute, and recognised His Excellency Mkapa as an avid educationist but a compassionate and visionary leader. The acting Guild President, Mr. Muhammad Magaji Ja'afar also took to social media where he shared an emotional tribute; "We join the rest of the world and Africa to mourn an icon, Africa has indeed lost an outstanding leader to reckon with. We will miss you Papa Mkapa!"

H.E. Benjamin Mkapa has served as Chancellor at Cavendish University Uganda with meticulous focus, diligence and guidance since its 3rd Graduation in 2014. He died on 24th July 2020 after a short illness at a hospital in Dar-es-Salaam where he was receiving treatment at the age of 81 years. The memory of his passion and achievements will remain an inspiration to the entire Cavendish University Uganda fraternity. In honour of his legacy, the University will hold an annual Benjamin Mkapa memorial Lecture to keep his ideas alive.

May his soul Rest in Eternal Peace! 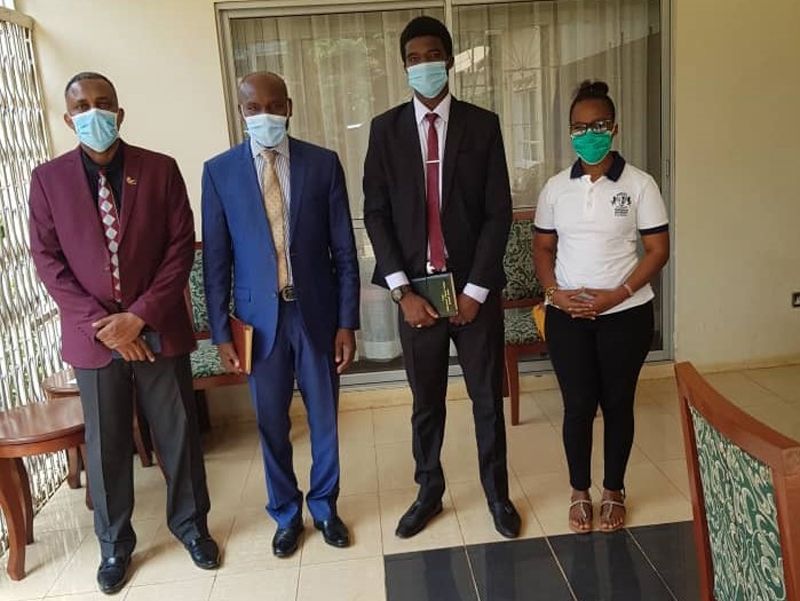