The President of the Democratic Party, Hon. Norbert Mao celebrates with the Cavendish University Debate Society

“For a man or for that matter a woman, to lay himself or herself bare in a cerebral contest, is to resolve the best in every endeavour. Congratulations Cavendish University!” he remarked in celebration.

Cavendish University Uganda (CUU) Debate team emerged winners of the tournament having defeated 22 competing teams and also scored 5th place in the poetry category out of 32 Universities. As a consequence of winning this competitive prize, the team was invited to debate with the East African Legislative Assembly (EALA) MPs in Arusha. CUU was also selected to host the International Moot Court Debate next year in February.

As a way of congratulating the winning team, the Executive Director of CUU, Mr. David Mutabanura, and the Dean of Students, Ms. Hope Byachi treated the students to a celebratory luncheon at the Mestil & Residences Hotel in Kampala.

Hon. Norbert Mao pledged to be a part of a Transformative Education by participating in CUU public lectures, and to offer legal counsel to our debating and Law students. 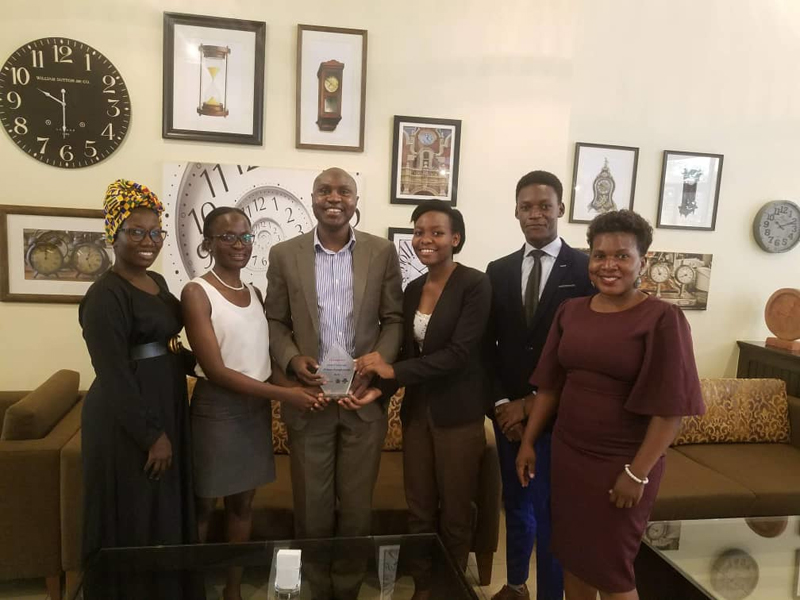