The 5th Inter-University Debate Championship which was held at Bishop Stuart University in Mbarara town from 11th – 13th September, 2019 saw the Cavendish University Uganda Debate Society emerge winners out of 22 competing Universities. The debate team also scooped 5th place out of 32 Universities in the Poetry category.

The tournament was organised by Uganda Dialogue Arena under the theme, "The governance and leadership question in Africa; the role and meaningful participation of young people". 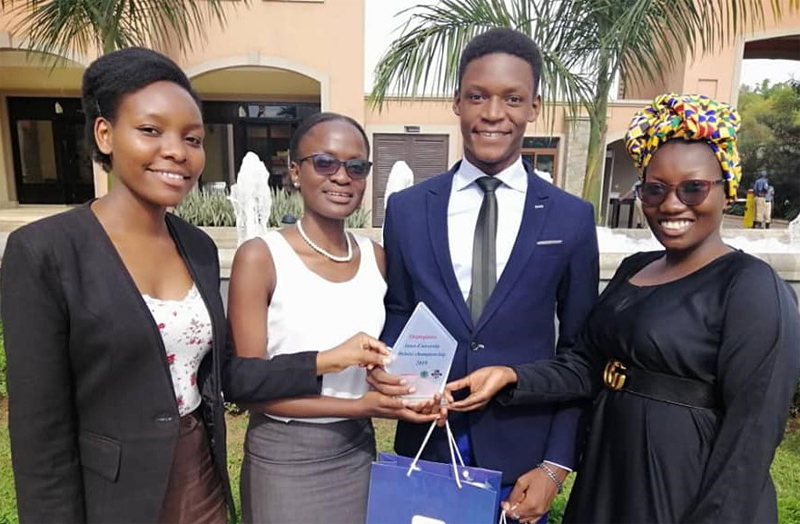 Students of the CUU Debate team

According to PML Daily News, the Patron of Uganda Dialogue Arena, Mr. Fagil M. Mandy remarked that he was very impressed by the intellect and maturity exhibited by the Cavendish team and congratulated them upon their big win.

The Director of Education Standards in the Ministry of Education, Dr. Kedrace Turyagyenda, who represented the Minister of Education & Sports, Hon. Janet Kataaha Museveni advised Universities to refrain from ‘pumping’ students to pass exams only, but apply a holistic approach to Education. 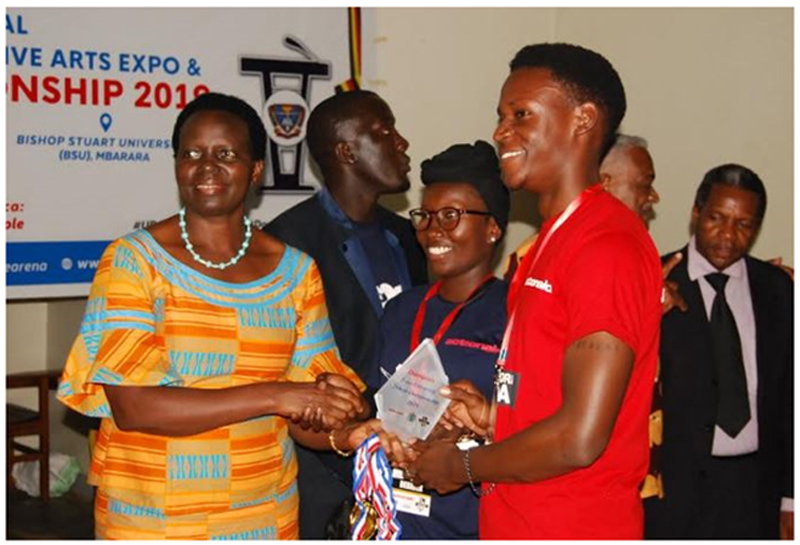 The best speakers and champions were awarded a fully paid trip to Arusha, Tanzania where they will debate with East African Legislative Assembly (EALA) MPs on matters of Democracy, Governance among other topics.

Congratulations to the winning team and thank you for bringing the trophy home!